First a little bit about me and my background before I make my statement.  I work in the Casino Industry, and cater to mostly people traveling in from Asia. 75 percent from all over China, 10 percent from Vietnam and lets say 15 percent from the other Asian locations. These are obviously rough estimates. I meet people with their guard down as their money is at risk. I see everything about them as a dealer, how risk aversive they are, what their policy is on being gratuitous and how their demeanor changes when losing or winning very large wagers. I watch what they wear when they have casino credit of more than 25 million dollars. I can fully break down an Individual simply by dealing to them for 8 or more hours, and do so with a fairly predictable outcome as to what they will say or do. I, like Winston from (happierabroad.com), also travel abroad to get away from the “sickness” we have here in our Country, but I am starting to come to the realization that the places I travel to, i.e Thailand and the Philippines also contain the elements of the same sickness, but it is disguised much better. 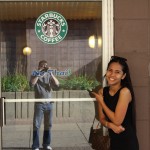 I also run a site (mytraveldates.com) like Happier Abroad, with the same style of content that urges those that live in the states to go abroad. Here are some points that one must be come aware of with Thai women as an example. I would first like to state, I have only dated Thai and Filipina women over the last 5 years, but there are some areas that these women can actually be worse than their American counterparts, from my experiences of course.   Materialism – First off although Asian women don’t always come off as aggressive as American women, they are every bit as materialistic. Just look at their facebook pages, they post up pictures all day of new designer purses and clothes they bought, with all of or the last of their limited incomes. They will never ask for money, but they will almost always assume the bill is on you when it comes to any type of purchase. Thai culture on any given date will bring a chaperone if she is a good girl, and that bill will be on you, and to this day after many dates with Thai women I have never gotten so much as a  Thank you from the Chaperone for the free meal I provided her with.   Income – Ever see that old ugly guy in America with that smoking hot chick also from America, I have and it exists only because he is rich. She is using him. The same applies abroad from Americans with meager salaries, because poor farm girls in comparison think of you the same way. The might call you handsome and such, but this is just a smoke screen for your American status. The “Hi So” girls of Thailand, or girls of high status will rarely converse with you, as firstly they don’t want to be confused as a low class Thai girls. These women from these countries do come with far better personalities and demeanor’s than that of America, simply because of your status as a probable rich “foreigner” If you want to see an American girl change her attitude completely show her a high Income.   I am not a complete hypocrite however, because I still prefer these women over American Women as their personalities and their willingness to stick with their cultural backgrounds and identity is still strong . Most Asian women still cook and clean, and take care of you far better than American women. I just suggest not being to blind to the reason they are with you in the first place. I think things are changing for dating abroad, it’s not what it was because of mediums like Cupid Media, Camfrog and Facebook. It’s tough with the language barrier in place for a women overseas to truly gain your strengths of intelligence, wit and charm to find you as a good mate. The “good ones” are simply picking you because they don’t have a lot of time or resources to find a man at all. I think in the states women are spoiled, and men have become accustomed to not having a choice, so they settle for anything that walks their way. I understand that given the two choices, the smartest would be the girl abroad, I just want to make most aware, that are still many sharks in these waters. There is a sickness in the USA, I have written alot about it on my blog also, but lets not start to believe that things like Materialism and Income Based Acceptance don’t exist in Asia. I think Countries like China, Japan, Thailand and even the Philippines are just as mad over money, and even more eager to show off and talk about thier outrageously expensive Louis Vuitton purses. Please understand, I am not saying to forgo the journey abroad. I am just telling those who do to remember to have a good mental checklist of what to look for before you get swallowed up by better looking eager women abroad. Even if you are getting used for a green card or a line of credit, the manner or path they choose to seduce you will be well worth it in comparison to what you will get here in America. I think the gifts of dating abroad will soon become extinct because of the powers of Internet Communication which will create an imbalance of choices, like our situation in the US. There was a time when the girl abroad just wanted stability and a good man with a good heart, this is quickly changing as she is getting better offers and choices now through Internet Cafe’s across the world. Women are Women, and their attitudes and mindset can be swung to the American perversion if the Supply and Demand curve takes an unnatural turn. The beauty abroad with realistic expectations can become diseased to easily, and I am starting to see it. What do you think?   -Brad