Dating Overseas verse your constant battle of the sexes in America, can seem like the right answer to all you social problems, but the true test is what to do when your’e vacation of fun is over and you want to continue your relationship.  I have approached the equation of living single verse the steady dating abroad situation and the problems work out like this. 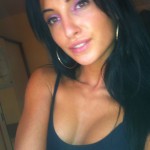 Dating Overseas and keeping the relationship going once you arrive home brings upon a multitude of problems, and I am not talking about your phone bill.  You have Skype Unlimited World for that, but you don’t have Skype Unlimited Sex yet, unless your considering the Cyber version of this.  If you have the luxury of taking 3 months of a year, i.e. your a teacher, than this option is not that bad of a choice.  Sure your engaged in 9 months of celibacy or very rare North American sex with very high consequences at the worst.  However,  this relationship will always re-freshen with the time spent away from each other.  I don’t believe in marriage, and most men will tell you the only reason they got married was because if they didn’t they would lose their current addiction, or ahem girlfriend.  Dating the girl overseas can at least extend that introductory romance phase alot longer than the traditional 6 months.  You can also find out back home over the phone, if she has a heavy case of the “I’m Insane” and continue on with the adventure of finding another romantic partner.

If you do decide to bring her over to the states, make sure you picked out an educated put together girl, rather than the “smoking hot one”.  Why?  Well, the story always goes the same, in our country we truly value “Smoking Hot” skinny women, and where she came from, there were just to many of them to truly allow the proper value to be added.  Not all girls from all places will leave you because big money and looks approach, but lets face it, they don’t know the answer to the situation they will be put into until they live here and get confronted with it every day.  I can speak from experience as a male that I too, when confronted with gorgeous women, and a constant rate, have a very hard time remaining celibate with my current relationship.  Dating in America always remains your worst option, because we truly have been engulfed with an obvious form of desperation especially once the 90’s hit.  This may happen abroad, so before it does, I would grab the surfboard for one more vaguely familiar ride in the dating world.   The internet might be the biggest equalizer of all once women discover their true value as cam sites are popping up everywhere, and girls whom were once deemed homily in their country, are absolute beauties on the net.  I have seen it all to often, and this new influx of interest will push you out of the picture.  Act now.

If you would like to engage in the battle of the sexes in America be my guest, but the amount of give and take is not on equal playing grounds, and believe me the benefits of dating overseas  in comparison will become much more inviting and bearable.