The new reality with dating in America  is that the heightened sense of entitlement that young women as well as some older women carry now becomes full force as a result of the redesigned  desperate male.  Men have fallen into the trap of thinking that their job title coupled with their income is the only competing force to reckon with when finding the right mate while dating in America.  No longer are the days of the 1940’s where roles were defined and followed like the gospel.  The gospel itself has disappeared into a popular money making scheme, where the weak and unwilling donate their very last dollar. 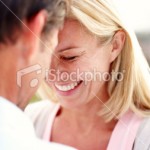 It’s very telling to follow poor countries where desperation leads the two sexes to follow old roles of the man as the bread earner and the woman as the caretaker, which no longer occurs while dating in America.  When dating in America, especially the west coast, desperation is felt more for the male, as women are taking a much more dominant place in the business world, while as usual still controlling and understanding their sexual dominance.  However, just like an imbalance in a small pond with a new species of fish introduced to an arena that is un-natural to its habitat  causing an imbalance to an important part of the food chain, women are devouring men.  We normally think of a world run by women as a peaceful one, masculinity, showmanship and pride are left aside to feelings and empathy.

These traits are still held by women, but are slowly being killed off by the disruption of this new age entitlement.  Woman since the beginning of time have been given a set of exclusive  bargaining chips, call it Beauty, Sexuality, or whatever you want, but men never really had it and only when dating in America will you feel this dominance.  A woman can look at her competition and realize and appreciate her god given beauty far better than a man can look at another man on a physical level, we only have financial power.

In the Asian/Islamic cultures the power of this beauty is recognized, and controlled by either religious forces or homogenous cultural strengths, hence the vail and other means of control.   What does this mean?  This means you come to the table with nothing but financial strength or you are the perfect personality, wit and charm coupled with the perfect body, which in all honesty usually will allow you to obtain…Financial Strength making you my new term the  “five percenter”.  So, what does this boil down to?  Five percent of the given single male population or less is controlling 95 percent of the given female population, and these men  are abusive in their powers, as the rest of us can only occasionaly and temporarily enjoy the wreaked havoc they bestow upon us in spoils.  This is not a negative reflection on women or men, it’s simply a reflection on the role changes, and why they have led to un-natural circumstances, which have led me to travel abroad to find what they feel is a perfect match rather than focusing on dating in America.  You can not give 95 percent of the single female youth today to 5 percent of the male population.

Human beings when given to many choices will always fall victim to indulgence, like a cocaine addiction.  The 5% male population whom can pick and choose, and are commonly attacked like a Gucci bag with a 95% off sticker will never heal to any one woman.  They can’t, they have been trained only to kill, and will do so over and over.  I wish I could blame them, but I can’t , as this is simply a result of human nature.  The woman however, groan and complain how men will not stop hitting on them, and their desperation compounds the turnoff, leading them to the final five percent whom have capitalized the market. Dating in america has reached an all time level of pathetic males accepting far less than they are actually worth, and the “five percent” is labeling us all as douche bags.