Ok, so you met your new girl on either Camfrog, Thai love links, or one of the other many dating websites to meet women abroad, or perhaps you took the dive and went on vacation ill prepared and found yourself a primed and ready to find a bar girl or freelance lady of the night. Thai Dates are not that simple. First culturally you will be confused, and quickly find out that money is the governing factor not your charming romantic talents and good looks. Whoa… Money is the governing factor??? Don’t be to shocked if it’s the governing factor in your country also, the only difference is were trained to make it look romantic over here, but don’t worry they are learning that part also. 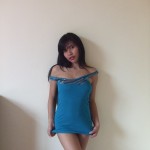 The good news is that in Thailand unless your completely famous or write romantic music, money wins over looks and charm. Sure, looks and charm matter, but money takes first place. So put your ego aside when she chooses you over some 22 year old man whom is in a lot better shape, and doesn’t have the belly or receding hair line. OUCH. The good news is, that you have won half the battle as you’re Western woman counterpart is just as greedy, 10 times more lazy and expects the 21 year old looks and physique with the money all at the same time. I think the one advantage you do have, is that Thai women carry a slightly more submissive design than thier Western counterparts. Thai Dates will submit these unfamiliar attributes that you dream about in a woman. I’m not being racist, I just find in comparison that you can find Thai’s sharing a more personal connection amongst each other than you would Americans, much like you find more people in Virginia or North Carolina having a communicable bond in Sports or family affairs than you would in lets say Las Vegas. When you initially go on your first Thai date, you should read up on Thai Culture. First, she will invite a friend with her. If she does not, this should be a red flag, and you might be going on a date with a bar girl or freelance girl. Thai woman are used to being told everything in the book by Westerners and Thai men. They ultimately want romance, but understand that all men are sexually driven. Do not be surprised if she tells you after the date, that she doesn’t expect you to be completely loyal to her, and that when in public with her especially in Thai designated areas, not “farang” or foreigner areas, not to hold her hand. She is doing this because she does not want to be labeled a prostitute. Most foreigners have not a clue how to date a real Thai woman. They get a glimpse of the personality and culture through the fantasy of a bar girl, and apply their methods only for a reality check. However, if you are after sex, and companionship don’t discredit the “bar girl”. Your companionship wont be real, but most likely much more inexpensive than having a real Thai woman. When going on a Thai date, she will bring one maybe 3 friends with her, and you must pay the bill to show your for real, and not another cheap sex tourist. You most likely wont get laid that night, and you will have to prove this over and over for an ample length of time. Most single westerners don’t stand a chance, its much cheaper to pick out a beauty for the night, pay a small fee, and have the perfect GFE or “girl friend experience”. However, this venture can lead you down a path to addiction and disease if not careful. So…. which one will it be?