My first trip to Japan I really wasn’t prepared. I did some study on Japanese Culture, and the many places in Tokyo where you could find Japanese Women. I settled on staying in Roppongi for my Japan travel located in Tokyo. Roppongi is well known for its party style atmosphere, and it’s bars that cater to foreigners all over the world. The majority of the service based industries, bars, restaurants and clubs here have English speakers to help you with whatever it is you want. 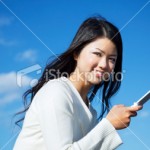 Gas Panic is the main club for Japanese women to come and meet American or European men. I found however, the even in the English speaking part of town that Japanese women tend to go for foreigners whom live in Japan, and that they already have put their time and research into the regular whom shows up at this bar. I found that the Japanese were much more serious than the other Asian counterparts I have met, and not so east to communicate with. However, Japanese women are very trendy. They like to see someone dressed in the latest punk garb or be very sharply dressed in a suit. Mature Japanese women tend to go for men who dress in the later, while the young Japanese girl prefers the skate punk with the built in attitude. However, the people here are overly quiet and respectful.

I found making contact with the women here very difficult. I think the language barrier was the number one reason “hooking up” in Japan was so difficult. I think the women here are much more material than even Western women, but without the attitude and entitlement bit we see so commonly here in the United States. The girls I did “hook up” with here were not from Japan, but from various parts of China. These Chinese girls left China for the higher value of Japan. If your looking to save some bucks, look elsewhere. I found very few bargains here, and the transit systems were very difficult to understand. When exploring the online Japanese dating scene, I was left with nothing. I felt the Japanese had a “higher” sense of fortitude and pride which left me feeling I was beneath them, but treated with respect at the same time. I think I will come here again despite the negative skew of this article. I did not research enough of the Japanese culture or lifestyle. If I learned just a few basic Japanese sentences, I think my chances would have been much better.