I have been travelling overseas for a total of 10 years now as a single male.  I have met hundreds of women from many different social backgrounds and cultures, and the number one criticism I get from men and women in the United States is based on why these women share such a high interest in dating me.  God forbid that they were straight up attracted to me, or that I just charmed them to the point of interest, as these possibilities were so slim, they were never given any thought or respect to my ability to find women.  However, I am a realist. 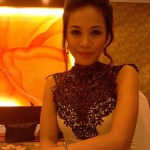 I have had allot of success in the United States dating in my twenties and thirties, but now that I am in my mid forties, things have slowed down quite a bit.  So what exactly is it that brought my abilities back from the grave when I traveled to find love overseas?  How was I now dating women that were ten times more attractive than the girls I dated when I was in my twenties.  As a male when we experience this “rebirth of the cool syndrome” we would love to equate it to something about us, i.e looks, charm, wit….  The last thing we want is a women just looking for a green card ticket to heaven, and a pile of gold at the end of her rainbow.  Lets face some facts however.  I am 44, and the girls who find me attractive are between the ages of 21-27 years old of age, and all weigh less than 115 pounds.  Maybe my Cohorts were correct in their assessment that they just want my money, they just want a Green Card.  Well, in order to find out if they were correct I performed a multitude of tests on the girl I started dating seriously that I met in Thailand 2 years ago.   Firstly, however,  I would like to approach the money situation.

A study was done in America on what attracted women to men, (this study is on Netflix) and vice versa.  My favorite part of the study was when a sample group of 20 women were split into 2 groups to review a set of 10  pictures of men.   The first group of women looked at the pictures and were told to rate each male on a scale of 1-10 based on their physical attractiveness.  The scores were pretty obvious, when contrasted with the pictures.  The second group of women than got the same pictures, but one simple change was made.  Each picture would now have a job title and annual salary listed underneath the photo.  The men with the lowest scores were now given job titles of Lawyer, Doctor, CEO etc… and all with high salaries as the men with the highest scores were given job titles of Waiter, Fast Food Manager, and lower level occupational titles, with a lower salary.  The question was than again asked of the second set of 10 women on which men were the most attractive.  To no ones surprise, the answers reversed and the less attractive men pulled ahead in their scores of the previously very attractive men.  My point?  All women find job titles and salaries important, whether they live in America or Thailand.  So were these women after me because they thought I was wealthy.  Yes.  Did that assumption of wealth make me more physically attractive?  Yes. And to think this was all based on an American Psychological Study of Women and what makes them find men attractive.

Does She Want A Green Card

Sure, why not?  Options are always nice.  However, some girls from place like Thailand, have a Culture that keeps them much closer to family than that of our own culture here in America.  It’s not too uncommon for Thai families to all live together throughout their lifetime.  The eat, live and stay together, so when it comes close to the time where they are going to leave all that, believe me they start to have second thoughts.  I have asked many Thai’s whom live here if they had the choice with their current income would they rather live here or back in Thailand,  their answers were inconclusive quite honestly.  Some were adamant to get back to Thailand and others enjoyed their new life here, but all of them missed Thailand.

The girl I fell in love overseas with needed to be put to a test to make sure I wasn’t getting the run around.  Quite honestly I believed her, but the first rule to dating anyone is remember that women are the best liars in the world, only because they don’t think they are lying, and that a 24 year old can mean everything she says for 48 hours only to refute it all in 49.  I have been dating this girl from Thailand for 2 years now and the time to decide if she was the one for a long term relationship with marriage as a possibility must be put to the test.  She had no income, and just survived on the money she received from her parents who owned a large farm.  I made the decision to give her a job working online under my supervision as a Cam Girl to put her to the test of infidelity, making great money, and loyalty to me as she would now be approached by many men giving her money online.  Sounds fucking crazy right, well maybe, but her working online allowed me to watch her every move, and know what she was doing at all times at night while she was working.  She made great money, and it was much safer than a stripper as no one could touch her, or find out where she lived.  This was the test, one that most would say is to dangerous, but if you are going to take a big step with a girl, why not put her to it, and find out before you make a bad decision.  I was allowed to monitor all conversations with her clientele online.  She was not to tell anyone that she could meet them in real, but from a business perspective I allowed her to lead them on, so that they would tip her allot of money.  She never lied to them, but her job involved fantasy, so she would get naked, and pleasure herself online for tips.  I am open sexually, this method of testing is definitely not for all men, but it does not bother me a bit as long as no one can touch her, and no one knows where she lives, its just fantasy and jerking off to me.  She also is very open sexually, and was excited at the fact that I would even allow her to do this.  I told her I don’t care, but don’t get attached to your clientele or we would be done.  This is  job, and a very good one for Thailand.  She makes more than most Thai Lawyers and can feed her whole family on this, and she even bought a car.  The best part is she still calls me twice a day and wants to be with me even though she now makes more money than me.  She wants me to quit my job and live with her in Thailand, she told me I could find work there, and for now she would pay for everything. What gives??? She is a hot 24 year old Thai girl making 90,000 dollars a year working on Cam and now wants me to quit my job and live with her so she can take care of me.  I am 44, and average looking, but she doesn’t care.  She lets me know this by the way lol.  This test is excessive, I realize that, but it covered allot of questions I had about taking her on as a risk.  If you are interested in helping out your girl overseas, I can get her a job online as a cam girl instantly, while allowing you full access to monitor her.  Contact me at Camgirls7@yahoo.com for full details.  If you feel comfortable with your sexuality, I can only say that this is the safest way to monitor and fully test your girls dedication to you.  It’s best to find out now before you commit too much of your life to her and find out she was just using you.  It also prevents her from gouging you for cash, as you now provided her a strong job for income. I believe that this will put a large dent in the growing prostitution problem in Thailand, as it actually makes more money.

I can only surmise that Women abroad are really no different than women in the United States, except they are much more at ease with dating and allot more pleasurable to be around simply because they have not yet reached the chaotic state in an unbalanced America.  The imbalance of sexes here is accepted by men, because they simply don’t know any better, or have nothing to compare it to.  Who ever you are, you owe it to yourself to travel abroad to meet women, if not just to see what my comparison is all about, but also to find out what your really worth.  Women in America are very much like the housing bubble, one that I don’t think will burst very soon, and will only grow much larger, so that only the top 2 percent of men in America will get laid regularly.  Men must  wise up and travel to see what  much more viable options are available to them.  Do not worry about the money or the green card issue, as they pale in comparison to the greed and control of the average American counterpart.  If you are with a beautiful woman in America, and you are average looking with an average salary, congratulations you must be paying for some kind of social sickness that no other man can bear or put up with.  If your scared of your first trip, I have outlined how to prepare for it in the following articles on this website.  I would say happy hunting, but shooting fish in a barrel isn’t really hunting now is it?  Good Luck.